July 6th, 2019 was a horrific day for friends, fans, and family members of Cameron Boyce. On this day, the beloved actor died from complications associated with epilepsy. While sound asleep at night, Cameron experienced a seizure. Unfortunately, this caused him to pass away in his sleep. His family confirmed his death the following day with this statement. “It is with a profoundly heavy heart that we report that this morning we lost Cameron.” Truthfully, one of the most saddening things about his death is the fact that he passed away at the young age of 20 years-old.

Fans fell in love with Cameron Boyce due to his good looks, charm, and considerate personality. Cameron firmly believed in spreading love and positivity. Cameron Boyce said, “I believe that if you put an energy out in the universe, you’ll receive it back.” Cameron even raised $30,000 to build two wells in Swaziland. It is clear that this world has lost a good, pure soul.

Epilepsy is a neurological disorder that is most commonly described as a seizure disorder. Epilepsy causes the ill to experience unexpected seizures. His family described his illness as an ongoing medical condition that was being treated.

Many of Cameron Boyce’s co-stars have been heartbroken about their beloved friend’s death. Numerous friends have went on social media to express their condolences. Skai Jackson, a co-star that starred on Jessie, posted, “Cam, you were one-of-a-kind. My heart will be forever broken. I am so happy that I got to spend almost every day with you on set, you gave the best hugs. I wish I would have hugged you tighter when I saw you a couple of months ago. Thank you so much for being the big brother I never had.” Sofia Carson, co-star that starred in all three of the Descendants movies, expressed her sorrow as well by stating, “To our angel, there are not enough words. There will never be enough words. I couldn’t bring myself to do this because doing this makes it real. Letting you go is not something I know how to do.”

The death of Cameron Boyce was sad and tragic. He left Earth too soon. It is important to remember all the good Cameron brought into this dark world rather than spend the rest of our lives grieving over his death. Cameron was undeniably one of the best things to come into Hollywood. It was a shame to see him go so soon. 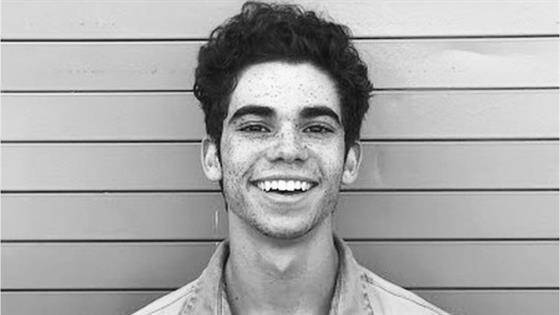