Thunderbird’s Swim and Dive team’s season has officially begun. The team is fresh and ready to compete. In fact, Coach Puma, Dellisanti, and Chandler have been working their athletes to the limits. Swimmers have been practicing every weekday from 3:00 P.M.-4:45 P.M. at the Moon Valley Country Club. The swimmer’s daily practices vary. Some days, the coaches focus on sprinting. They will have the athletes complete short, fast sets of workouts. On other days, they focus on endurance, focusing on large, lengthy sets. 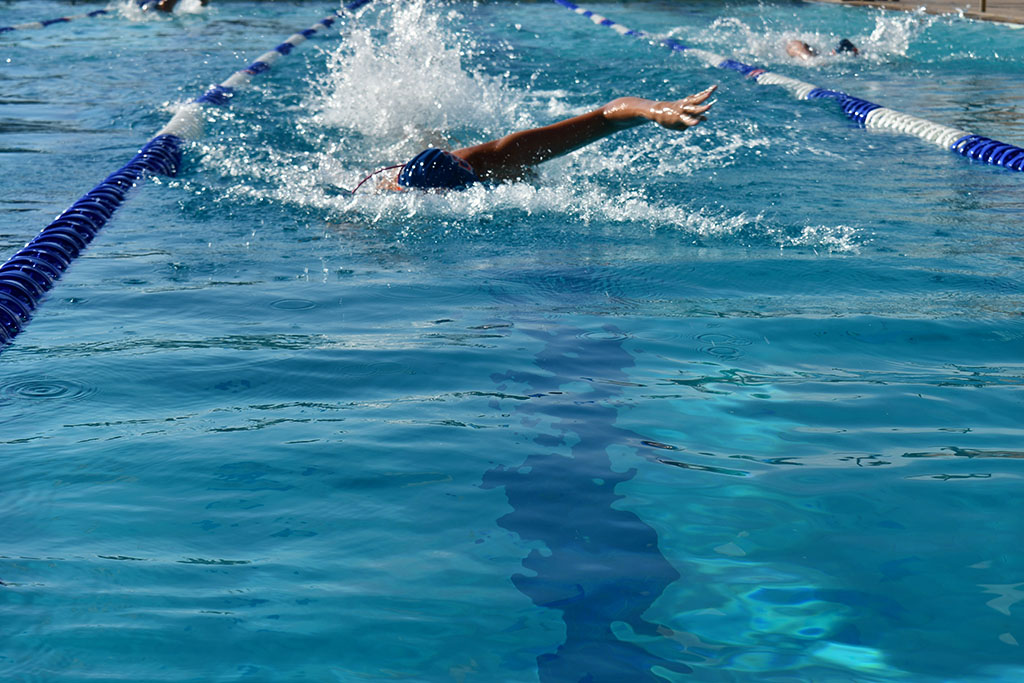 The athletes are working as hard as possible in order to be fully prepared for their competition season. Not to mention, Thunderbird has a phenomenal dive team. Divers practice every weekday as well from 3:00 P.M.-4:45 P.M. at Moon Valley High School. All of Glendale Union District’s dive teams practice together. Divers must be able to complete six full dives in order to compete in meets. This is causing the athletes to work insanely hard in order to make the cut. The dive instructors are working with their athletes on technique and  discovering their abilities. Anna Gauthier stated, “My favorite thing about dive is the environment. The coaches and other kids make it calm and friendly, You always feel welcomed and comfortable.” 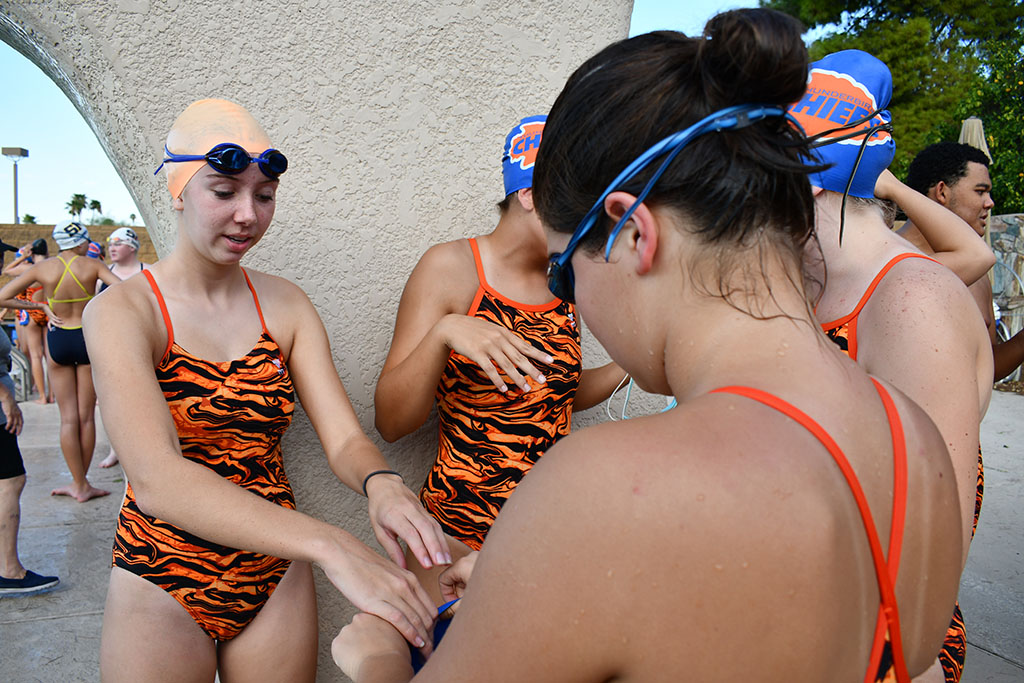 Last year, the girls’ swim team received second place overall in districts, while the boys placed third overall. The teams did extremely well. One of the team’s biggest accomplishments of the 2018 season was that Neely Burns, a freshman at the time, placed first overall in district and went on to compete at state. It would be incredible for the team to achieve something so prestigious this year, too.

Swim and Dive’s official competition season begins on September 5th and ends on November 1st. After every home meet, the team holds a fundraiser at Barro’s Pizza on 7th Street and Coral Gables. Barro’s gives 25% of its profit to the team. This is a perfect way to raise money and bond at the same time!

Thunderbird could not be more ecstatic for the 2019 season. The swimmers and divers are fully prepared to dominate this season while growing as a team! Marley Baker, sophomore swimmer, stated, “I love hanging out with the team and training with them because it’s just one big party and we have so much fun everyday. Everyone always stands on the side of the pool and cheer you on even though you feel like you’re dying.” Come out and support Thunderbird’s very own Swim and Dive team every single Thursday!