Do you want to help those affected by Hurricane Dorian? With one blood donation, three peoples’ lives could be saved and a free blood test is provided. In present news, Hurricane Dorian has taken the lives of more than 50 people in The Bahamas. The winds of the hurricane have picked up and the is well on its way to becoming a Category 5 while on land. 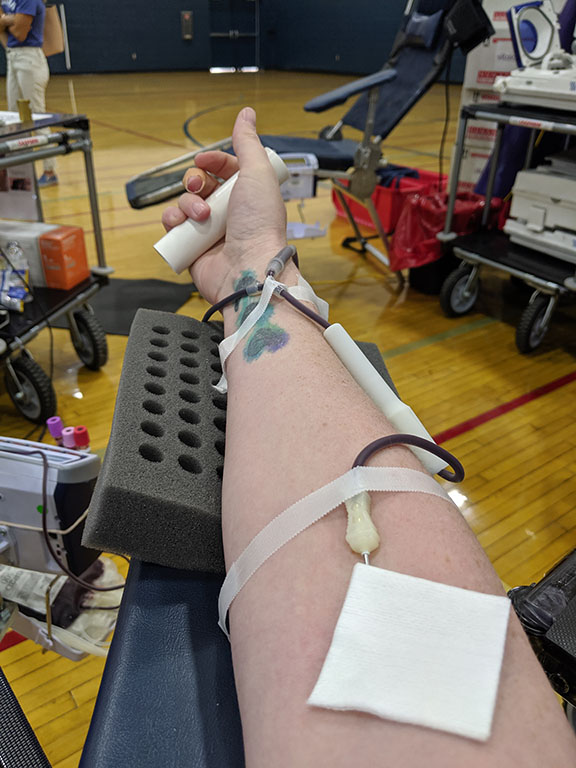 “Rescue workers are working quickly to assist individuals and families trapped in their houses, while organizations are organizing aid and relief efforts to help all those affected by record-setting Dorian,” says Charity Navigator.

Donating blood comes with many perks, like burning around 650 calories by sitting on a chair for 15 minutes. Donating blood can also lower one’s risk of heart disease and cancer, regularly donating can also boost overall liver health. Extra iron in your bloodstream can lead to liver diseases and heart attacks. As a result, “Patenaude recommends donation as a way to reduce the body’s extra iron stores,” as described by Brianna Flavin, author of  the article 6 Surprising Health Benefits of Donating Blood.

In previous years, hundreds of students would donate blood regularly at Thunderbird High School. Thunderbird has around 1,000 students, half of which should be of age to donate. The school hosted a blood drive on September 20th. The blood drive was a success, having  about a 125% success rate in comparison to last March’s blood drive. Overall, each donation potentially saved three lives.