This year’s varsity team had many devastating losses, but on Friday, September 27th, the Thunderbird football team took a win against Lake Havasu. During the game, the players had good energy and a great mind set to win the game. “It’s been a hard season so far, but we work harder everyday trying to improve ourselves, and that’s what we did that night,” says Coach Little.

The game was a great win and it now gives us all hope for the rest of the season. The next game of the season is on Friday, October 4th at Moon Valley High School, and during the fall break there is another game on Friday, October 11th at Thunderbird High School. These games are what the varsity teams are waiting for and they are working hard to it as well. “These games are the games that are leading up to the Homecoming game and so we are working hard to make sure we win all the games,” says Steven Dortch. These games are what everyone is looking forward to. On October 4th, the team went to Moon Valley High School and achieved another victory, having a blowout 42-14 win over the Rockets.

These following games are the games that are near the end of the season, and the Thunderbird Varsity team is not going to lose no matter what. “The season is coming to an end soon and losing isn’t the answer for us, we have to work harder and that’s exactly what we are going to do,” says Jelen Dortch.  All of the students here at Thunderbird High School are going to be cheering the team on at every game, and everyone is excited for them to win the rest of the games. 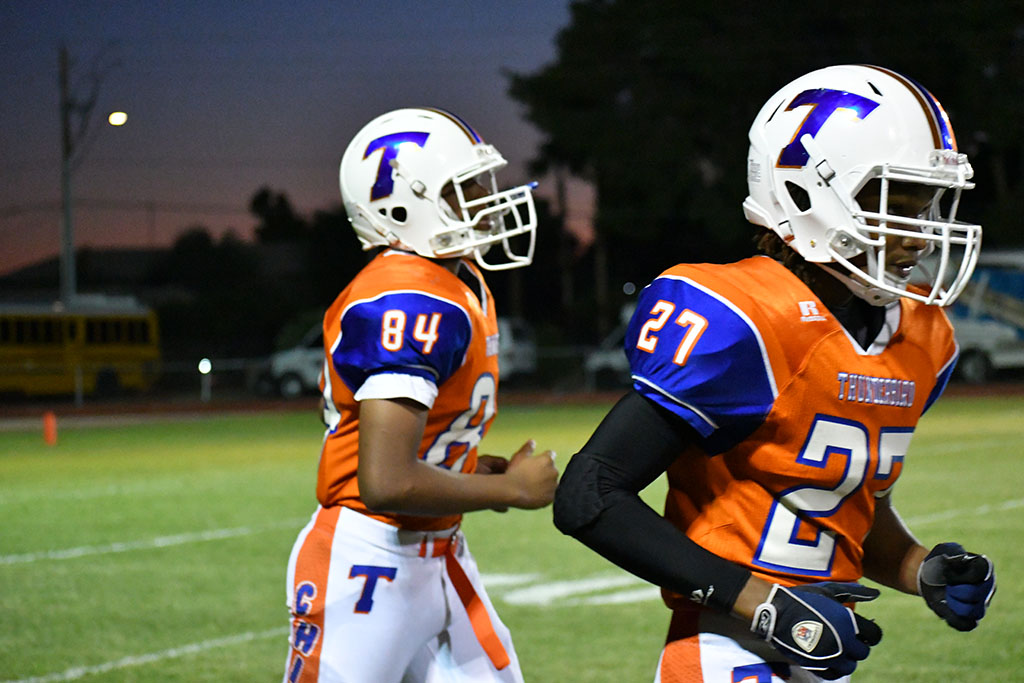