The Hong Kong Special Administrative Region of the People’s Republic of China, otherwise known as Hong Kong, is experiencing a wave of protests. Clashes between Hong Kong’s police and protesters have been going on for several weeks. To better understand the situation at hand, one must go back to the beginning.

It all began in March of 2019 when the leader of Hong Kong, Chief Executive Carrie Lam Cheng Yuet-ngor, and her respective government introduced The Fugitive Offenders and Mutual Legal Assistance in Criminal Matters Legislation Bill. The amendment would allow the city of Hong Kong to “detain and transfer people wanted in countries and territories with which it has no formal extradition agreements” according to The New York Times. This means that the city can extradite, or hand over, people accused of crimes to other nations where they are wanted. This includes the People’s Republic of China. Hong Kong’s Chief Executive stated that the bill is “urgently needed” because the Hong Kong government wants to prosecute a Hong Kong man who is wanted in Taiwan for the murder of his girlfriend.

However, critics immediately found flaws within the proposed legislation. They say that the bill would allow any individual within Hong Kong to be extradited to mainland China. This was worrying to critics since the judicial system in the People’s Republic of China has its judges follow the orders of the Communist Party. This was especially worrying since many believed that this bill would result in political activists being sent to the mainland.

As a result, many people in Hong Kong began petitions against the extradition bill. On March 31st, 2019, 12,000 Hong Kong citizens took to the streets. In April, the city experienced a demonstration that was the biggest in five years; 130,000 protesters took part. In June of 2019, protest organisers estimate that over 1 million  people took to the streets of the city, stretching for more than a mile. Many wanted to express their discontent with the Hong Kong government and sent a message to the People’s Republic of China, Chinese President Xi Jinping, and the Chinese Communist Party that they will not meddle with the affairs of Hong Kong ever again.

This fight was riddled with violence between Hong Kong police and protesters. On June 9th, 2019, the first clashes between protesters and police began. Three days later, another rally was planned to disrupt the meeting of the Hong Kong government in the Legislative Council Complex, the building where governmental affairs take place. While peaceful in the beginning, tensions began to rise when protesters blocked roads and started to attack a police cordon. Clashes escalated to a point where 81 demonstrators and 22 officers were injured. Moreover, this day saw 150 rounds of tear gas fired. Hong Kong’s Police Commissioner Stephen Lo Wai-chung labeled the clashes as “riots.” Six days later, two million took to the streets, according to protest organisers, to keep pressure on the Hong Kong government to fully withdraw the extradition bill. Police estimated that 338,000 took part. A few weeks later, the city experienced a general strike that brought havoc to the streets on August 5th, 2019. Scuffles occurred between commuters and protesters who also fought violently with Hong Kong authorities. This day saw 800 rounds of tear gas fired in an effort to disperse crowds. Tensions began to die down somewhat. However, protesters continued to keep the pressure on Chief Executive Carrie Lam Cheng Yuet-ngor. On August 9th, protesters staged a mass sit-in at Hong Kong International Airport. Protesters distributed leaflets to travellers in the arrival hall of the airport to explain the situation and to also explain their demands to the Hong Kong government. Nevertheless, tensions once again began to rise two days later. Police and protesters clashed in the city’s Kwai Fong MTR station with police firing tear gas into the concourse. Over the course of several weeks, protesters constantly clashed with the authorities and it seemed like there was no end in sight. 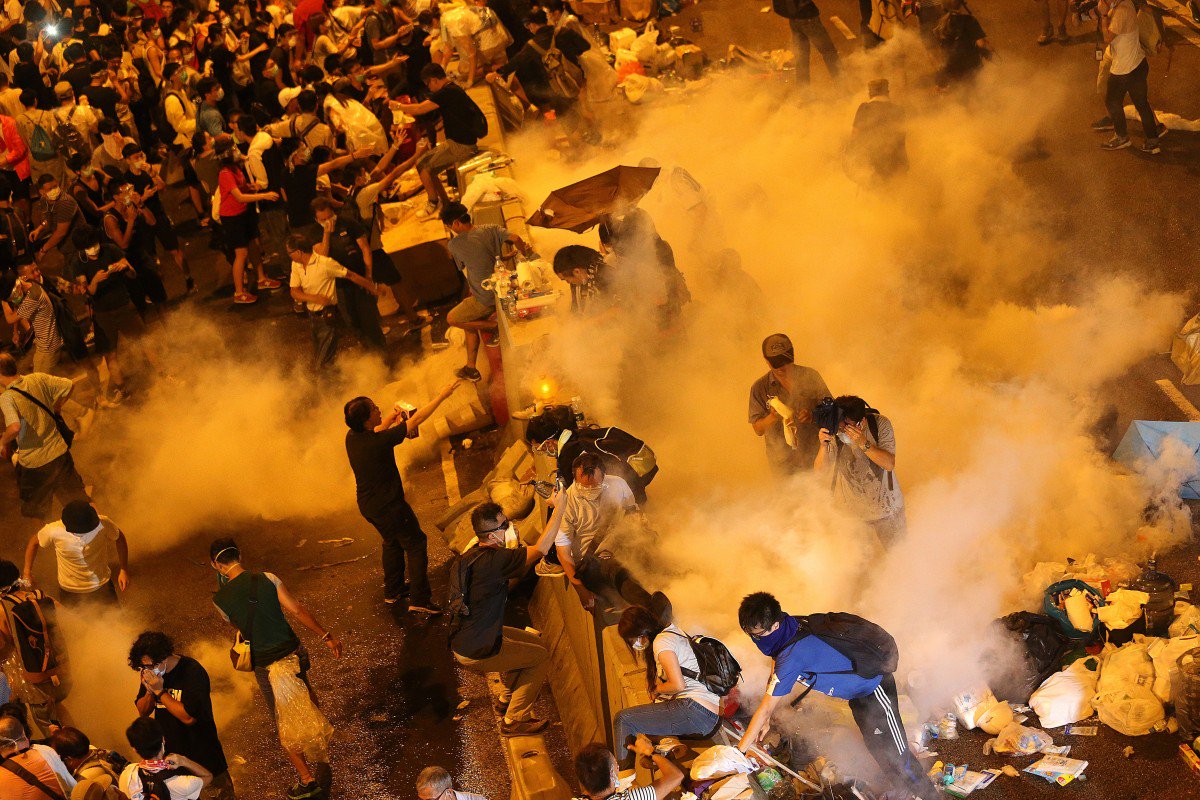 For three months, the people of Hong Kong protested the extradition bill, expressing their discontent directly to the Hong Kong authorities. Eventually, Hong Kong’s Chief Executive Carrie Lam Cheng Yuet-ngor formally withdrew the extradition bill. Furthermore, she set up an investigation platform that would “look into the fundamental causes of the social unrest” according to the South China Morning Post. The protesters seemed to have achieved their main goal. However, this wasn’t the end of the protests in Hong Kong. On September 8th, thousands of Hong Kong citizens marched to the United States consulate, wanting American officials and politicians to “take diplomatic action against the city’s government.” Nevertheless, the United States decided not to interfere. Radical protesters broke from the main rally to the U.S. consulate and started a fire at the entrance to a train station, resulting in police sending tear gas, charging with batons, and arresting protesters. A week later, protesters took to the streets once again and the march was peaceful. However, radical protesters once again broke away from the main protest and battled riot police. Masked mobs threw petrol bombs at police as well. In response, police fired tear gas, rubber bullets, and water cannons to disperse the crowd. 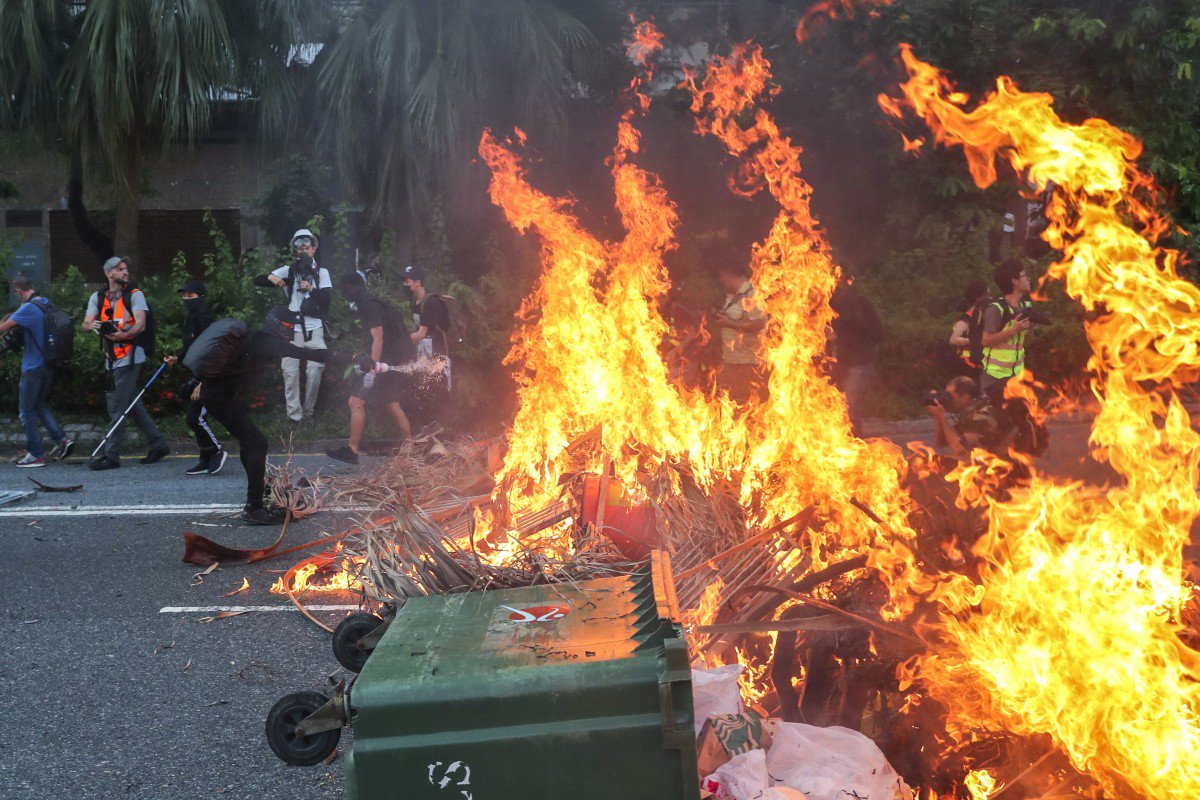 While the people of Hong Kong achieved their main goal of having the extradition bill withdrawn, they now want the city to reform itself and free itself from the influence of the Communist government on the mainland. They want police to experience a reform and are now pressuring the Hong Kong government to democratize itself once again. It seems that the fight for democracy within one of China’s most politically active cities will continue.