“Mmmm Mango!” has turned into “Mom, I need to go to the hospital,” and doctors have very little leads as to why. The alarming new disease associated with nicotine vaping products has popped up all across the nation, ailing Americans in epidemic levels, and yet doctors haven’t been able to pinpoint the cause.

A deterrent in this quest is the question of the role THC vaping products play. Every diagnosed case reported vaping nicotine products, but not every patient reported THC vaping product use, but most have-hence where the problem therein lies. Since a few of the patients have denied any use of THC containing products and doctors have had to conduct their research and give their findings under the assumption that nicotine substances were the predominant cause. Only, doctors know well enough that they can’t trust these patients candor due to diagnosed patients living in states where THC is illegal, but not just illegal in a minor sense, in the same drug classification as heroin. Additionally, many of the patients were minors and were legally required to give all of their statements in front of a guardian. This nondisclosure factor is why it has become so misconstrued that this unknown illness is solely caused by nicotine products, resulting in a nationwide uproar against e-cigarette companies for their “false promises” of safe nicotine substitutes for cigarettes. Trump has even sworn to ban any fruity-flavored nicotine substitutes as a statement to nicotine companies, specifically JUUL, that they’re targeting a younger demographic, and thus are causing this illness among the youth of America. 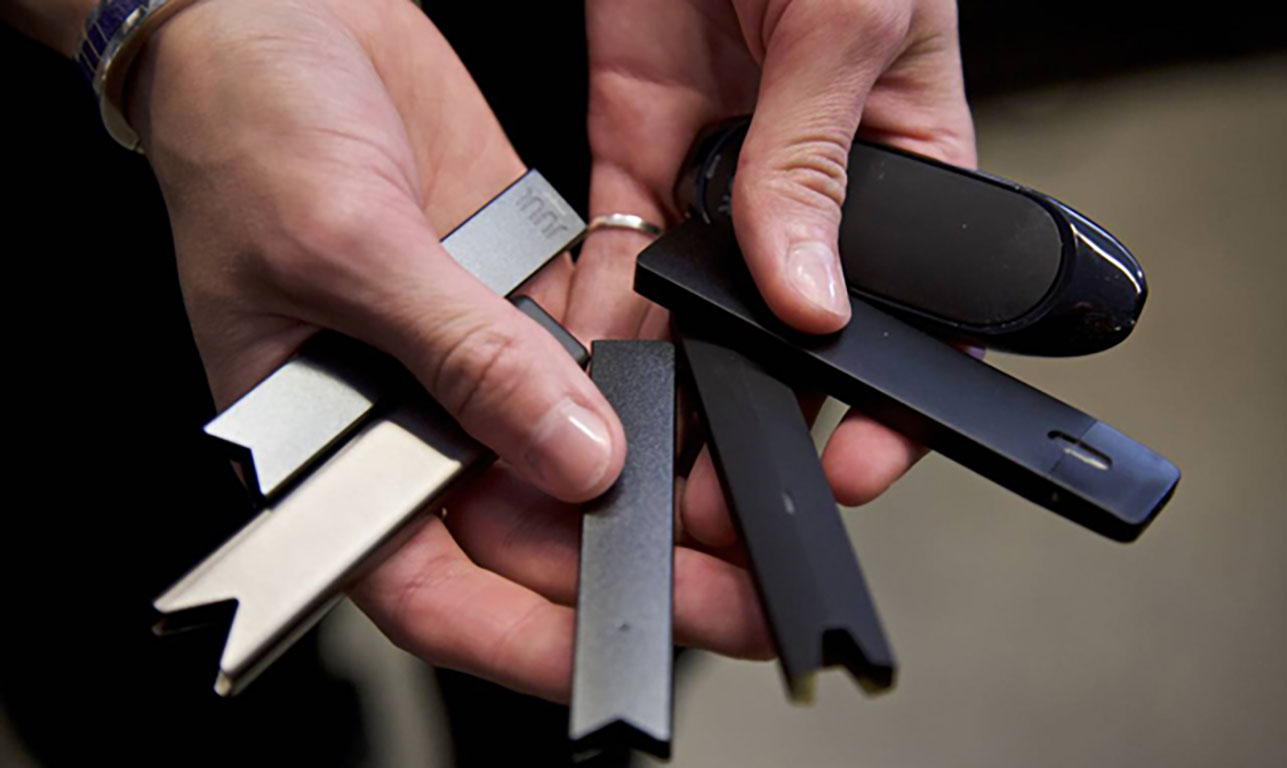 There are currently more than 800 vaping-related lung injury cases reported throughout the country, and twelve deaths have been confirmed after the first death from a vaping-related injury had been reported on August 23rd of this year in Illinois. An overwhelming majority of the patients have ranged from 18 to 34 years of age, with 22% of patients between 18 and 21, according to the Center for Disease Control. It is known that all of the patients classified under vaping-related injury have reported having a history of vaping or using e-cigarette products, however, very little is known about the specific chemicals that are causing this epidemic. More than three-quarters of the patients have reported using products containing THC, a compound that is the main active ingredient of cannabis that is responsible for most of marijuana’s psychological effects. This information has led investigators to believe that THC plays a large role in the outbreak. There is also no evidence that an infectious substance has led to the vaping injuries seen thus far, meaning that specific chemicals are the most likely cause of these injuries. There has been no single product, substance, or brand of vaping and e-cigarette products that have been linked to every lung injury case. With this lack of information, the CDC recommends avoiding vaping products and similar products altogether, specifically those containing THC, until more information is known.