The game on Friday, October 25th saw the team take a devastating loss, but even with that loss they still continue to work hard. “Going against Shadow Mountain may be a challenge but it’s something we can handle,” says Coach Little.

The varsity team had their last game Friday, November 1st. With the final game the football team is being  supported by so many students and family members. The game will be nothing but amazing, and the players will do their best to make the last game count. “That game was our last game, and all we want is to win and nothing is going to stop us from winning this game,” says Steven Dortch. Even though the team had gone through a lot this season, they still have hope that their last game will be a great success. On that night, the boys went against St. Mary’s. The team was full of adrenaline and were ready to play the game. The Chiefs and Knights fought fiercely. Unfortunately, the Knights won the game in a narrow 21-22 victory.

The team’s last game marks the end of the season and everyone is excited about it. The team will be missed, but there is always next year for the new Thunderbird High School football team. 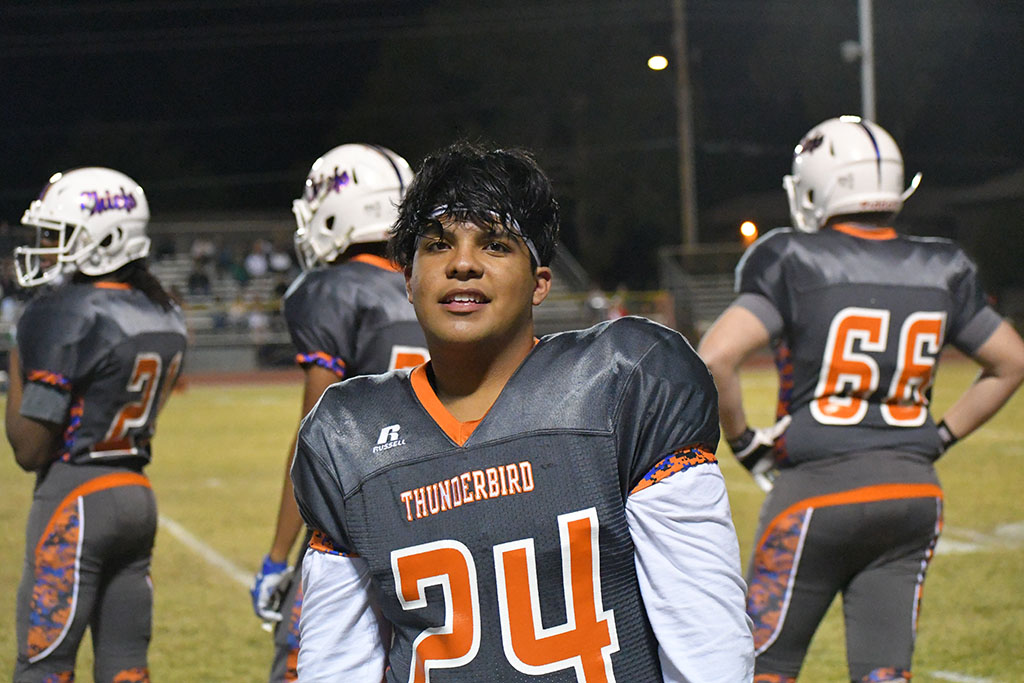