Neely Burns, sophomore, made it into the finals heat in 100 yard breaststroke in the district swim meet. Neely is racing against upperclassmen in this intense race, however this did not stop her from swimming her heart out. In fact, Neely won the race and received first place overall.

Sadly, the 2019 swim and dive season has officially come to an end. The season was full of wins, nights spent at Barro’s Pizza, and swim meets! Although the season is technically “over,” many of the team’s swimmers have qualified for state. The 400 freestyle relay is an alternate for state. The girls team consists of Neely Burns, Marley Baker, Bella Francis, all sophomores, and Beth Anne Drobny, senior. For the boys Seth Koziczkowski, junior, has qualified for state in the 100 yard breaststroke.

Coach Puma described the meet on Instagram. “What a great night! Girls took home second and the boys took home third. Lots of medals and winners. Here’s to a great district championship!” It is easy to say that there were many swimmers up on the podium. Although the dive team may be small, that didn’t stop them from rocking their district dive meet. Anna Gauthier, sophomore, received second place overall in her division. Clearly, her hard work paid off! 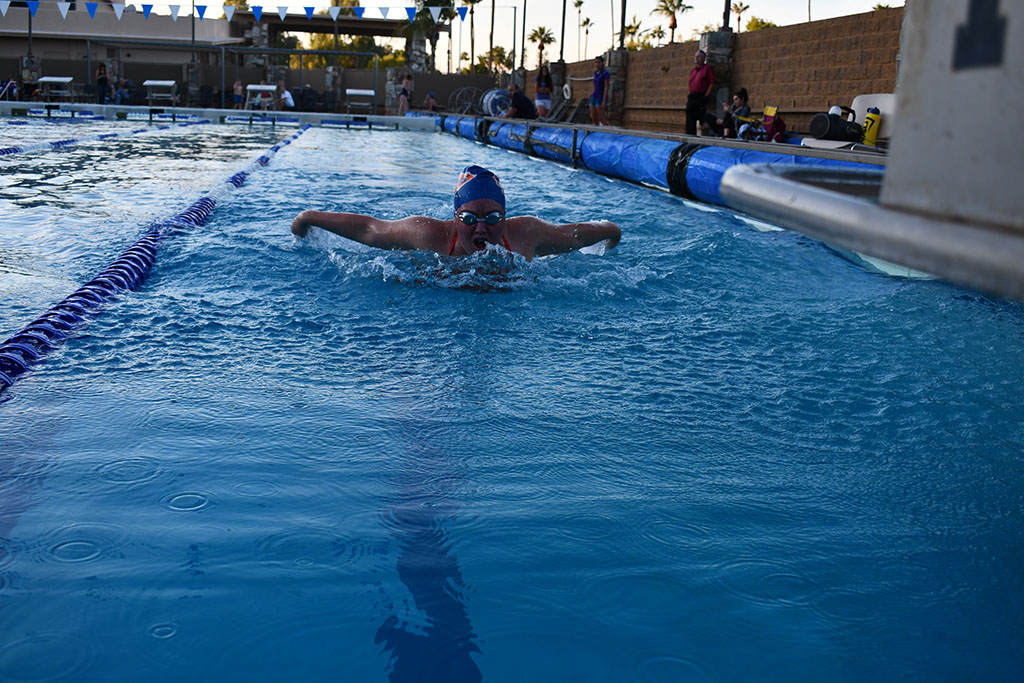 “I love hanging out with the team and training with them because it’s just one big party. We have so much fun every day. Everyone always stands on the side of the pool and cheers you on even though you feel like you’re dying. No matter if it’s an exhibition race or you are competing for points, the team is always on the side of the pool cheering you on,” commented Marley Baker. The swim and dive team did phenomenal this season. They practiced every single week day and it showed in their performances. They made their fellow Chiefs extremely proud.