Tyler, the Creator and His Success

Tyler, the Creator has been sweeping over fans in his jaw dropping concerts as he travels across the nation performing his newest album, Igor. At his most renowned concert this month, Camp Flog Gnaw, people journeyed all over the country to watch him perform. This carnival lasted over a span of two days. Many of the members of Golf Wang and Odd Future also performed at this festival. His concert has already passed through the valley as he performed in Gila River Arena. In 2017, Tyler, the Creator toured around the nation performing Flower Boy. He toured this album and again had a Camp Flog Gnaw festival for this album.

Because of his influence on the younger generation, he has earned the title of “Music Innovator of the Year” by the Wall Street Journal. As Tyler, The Creator said to his 8.4 millions fans on Instagram, “Wall Street Journal awarded with music innovator of the year. Man, thank you! and Rakim, my guy!” He then proceeds  to thank everyone who has helped him attain greatness including artists like A$AP Rocky, also known as PRETTY FLACKO. From his award from the Wall Street Journal, this has further led him to earning “The 2019 Men of the Year” mention from GQ. GQ, a magnazine, put him on the front cover of their latest issue.

As Tyler continousously strives to influence the younger generation with his music and talent, he has also influenced the fashion world with Golf Wang, a clothing brand that is highly sought after. July 6th of 2019, Tyler and many of his fellow associates released Golf Le Fleur for their spring season. As fans anxiously grab shirts, shorts, and embroidered flower vests, around October 12th, there would be release of Golf Wang inspired Converse. Then again on November 11th, Golf Le Fleur collaborated with Converse. Both of these shoes sell out in a matter of days, and now fans are on a witch hunt to try and find a pair. 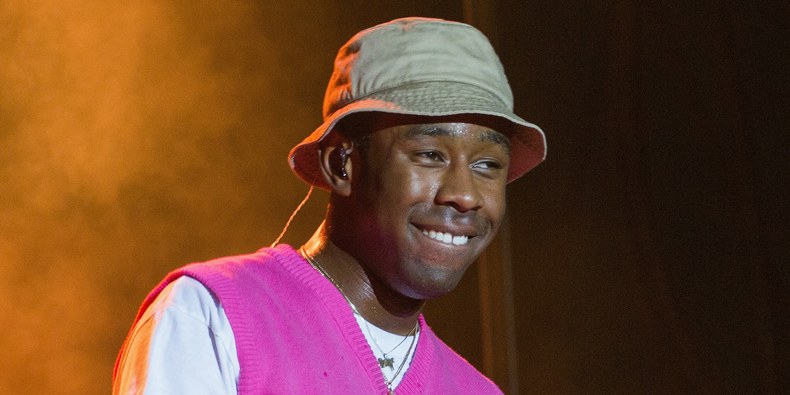