The 2019-2020 Boys’ Basketball season has begun and the Chiefs are determined to show the other high school boys basketball teams that they are a force to be reckoned with. Last year, the team had a difficult season. Their overall record was 5-13, it was ranked fifth in the 4A Skyline, and the team placed 33rd in the 4A Division. It was a season full of mishaps and missed opportunities. However, the boys have learned from their mistakes and are now ready to start the 2019-2020 season with a grand opener.

The 2019-2020 season officially began on December 3rd, 2019 where Thunderbird faced off with Glendale for the first game of the season. The game began with the two teams’ lineups greeting their opponents. For the beginning of the first quarter, Thunderbird sent out Landon Higgins, Jahon Lethridge, Dominic Hill, Waylon England, and Bobby Nivens onto the court. In the first quarter, Thunderbird came out in the lead and gave the Glendale Cardinals a difficult time. The first quarter ended with Jahon Lethridge scoring eight points, Landon Higgins scoring six, Waylon England scoring eight, Dominic Hill scoring three, and Christopher Manuel scoring two. 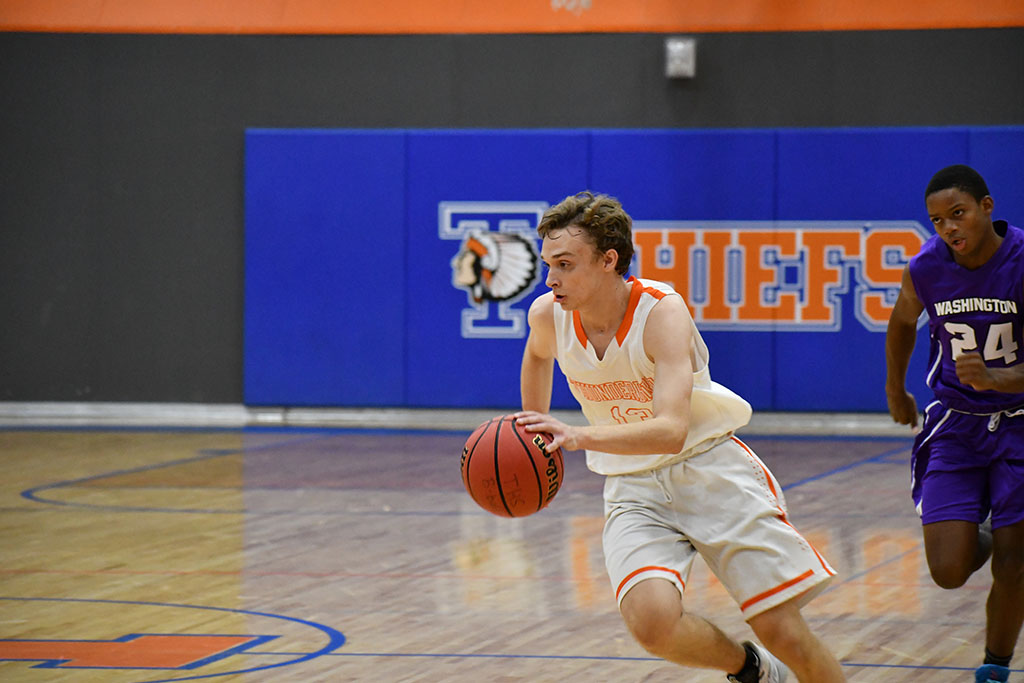 In the second quarter, the Chiefs continued their lead, keeping the Cardinals pacified. At the end of the first half of the game, Jahon Lethridge scored an additional two points, Christopher Manuel scored three more points, and Landon Higgins added another two points to his belt. Moreover, Bobby Nivens, Cedric Harris-Lacey, Thomas Germuska, Carter Davis, and Giordan Gargiulo added themselves onto the scoreboard, scoring 14 points combined. At the start of the second half of the game, the Chiefs continued their lead over the Cardinals, extending it even more, not letting their opponents gain the upper hand. In the final quarter of the match-up, Thunderbird gave it their all, showing the opposition that they would not win this day. The game ended with Thunderbird defeating Glendale in a landslide 85-53 victory. 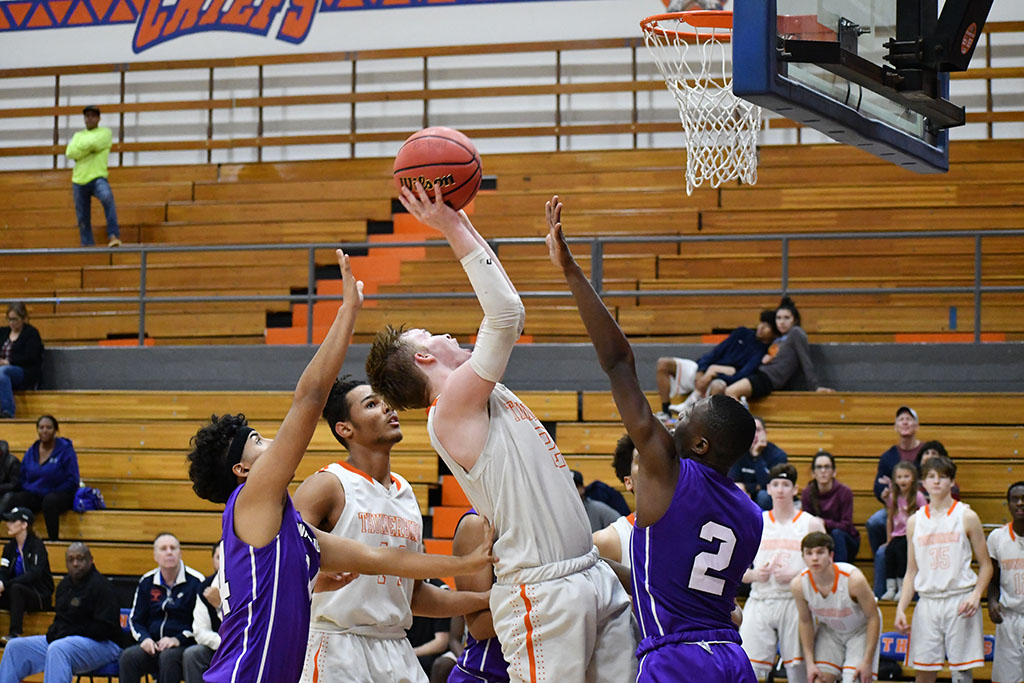 Two days later, on December 5th, the Thunderbird Chiefs faced off with the Cortez Colts for their second game of the season. The game began with the Colts trying to establish an early lead, but the boys refused to let that happen and instead created a lead for themselves, leaving the Colts in the dust. For the first half of the game, the Chiefs kept the Colts at bay, denying any possible opportunities the Colts could exploit. In the end, the Thunderbird Chiefs defeated the Cortez Colts in a 79-53 victory. On December 9th, the boys faced off with Washington High School at home for their third home game in a row and hoped to extend their winning streak. They achieved this goal, defeating the Washington Rams 79-61. On December 12th, the Chiefs had their first away game of the season. The team traveled to Seton Catholic Preparatory and were determined to show the opposition that they would not be defeated. The Chiefs defeated the Sentinels 46-39, extending their winning streak yet again. Four days later, the Chiefs defeated the Mohave Thunderbirds in a 61-48 victory.

The boys started off strong in the beginning of the season and hope to continue their winning streak. Currently, Thunderbird has an overall record of 5-0 and is ranked second in the 4A Skyline. The boys have showed the people that they are a strong team that has confidence, good communication, and perseverance. The boys have showed their determination to win and are ready to fight their next opponent, the Mesquite Wildcats, on January 7th, 2020 at the end of winter break.