The 2019-2020 Boys Soccer season has finally arrived and the team is excited to show the other teams that they are ready to win and claim victory. During the 2018-2019 season, the boys had a very good season, having an overall record of 8-3-1. Moreover, the team ranked second in the 4A Skyline and tenth in the 4A Division. Nevertheless, the team this year wants to improve and have an even better season now.

This year, the team consists of 20 boys and is coached by Kirk Mearig, one of Thunderbird’s teachers. Even before the official start of the season, the boys have been preparing themselves, practicing nonstop to improve and sharpen their skills as well as to keep physically fit for the challenges ahead. On December 11th, 2019, the 2019-2020 Boys Soccer season officially began. The Chiefs went up against Flagstaff High School for their first match-up of the season and the team’s adrenaline was high; they wanted to start the season off right with a win over the Eagles. The Chiefs fought hard and gave it their all, eager to achieve victory. However, their opponents had other plans. Unfortunately, the Chiefs lost to the Eagles in a 0-4 defeat. Two days later, the Chiefs traveled to Washington High School for their second game of the season. The defeat to the Eagles two days before didn’t break the team’s resolve in this match-up. The boys were determined to achieve a victory. Nevertheless, the Washington Rams snuffed those hopes, defeating the Chiefs 0-2. On December 18th, the Chiefs hosted the Glendale Cardinals at home. In the end of the game, the Cardinals won in a 0-1 upset. 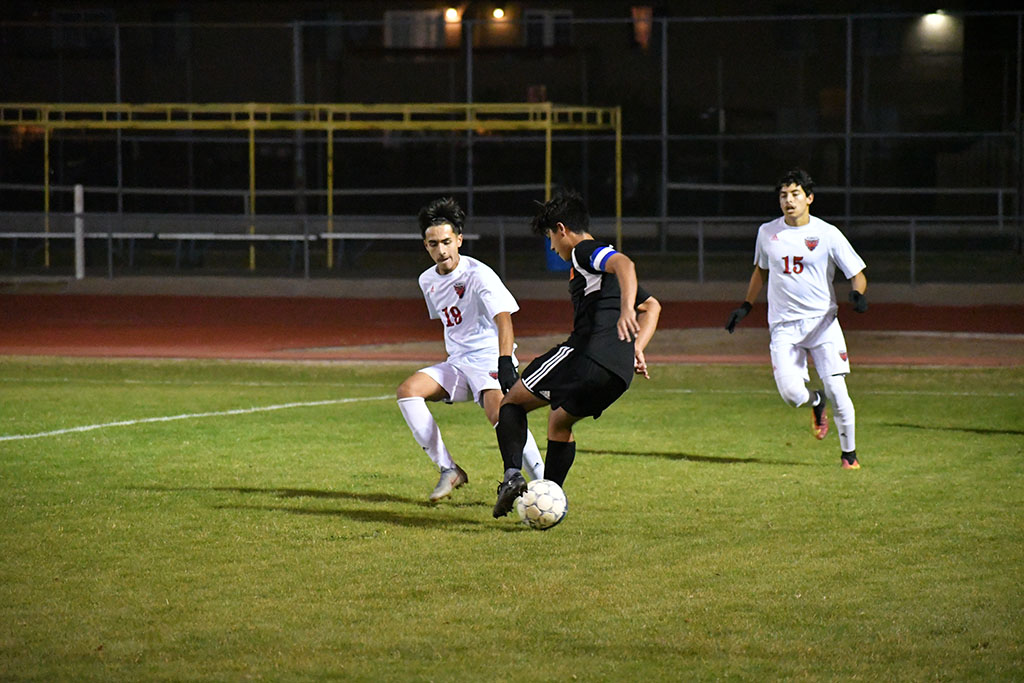 Currently, the boys have an overall record of 0-3 and are ranked as sixth in the 4A Skyline. While the obstacles have been difficult, the Chiefs hope to turn their fortunes around. The boys hope to gain a win when school starts again in 2020.