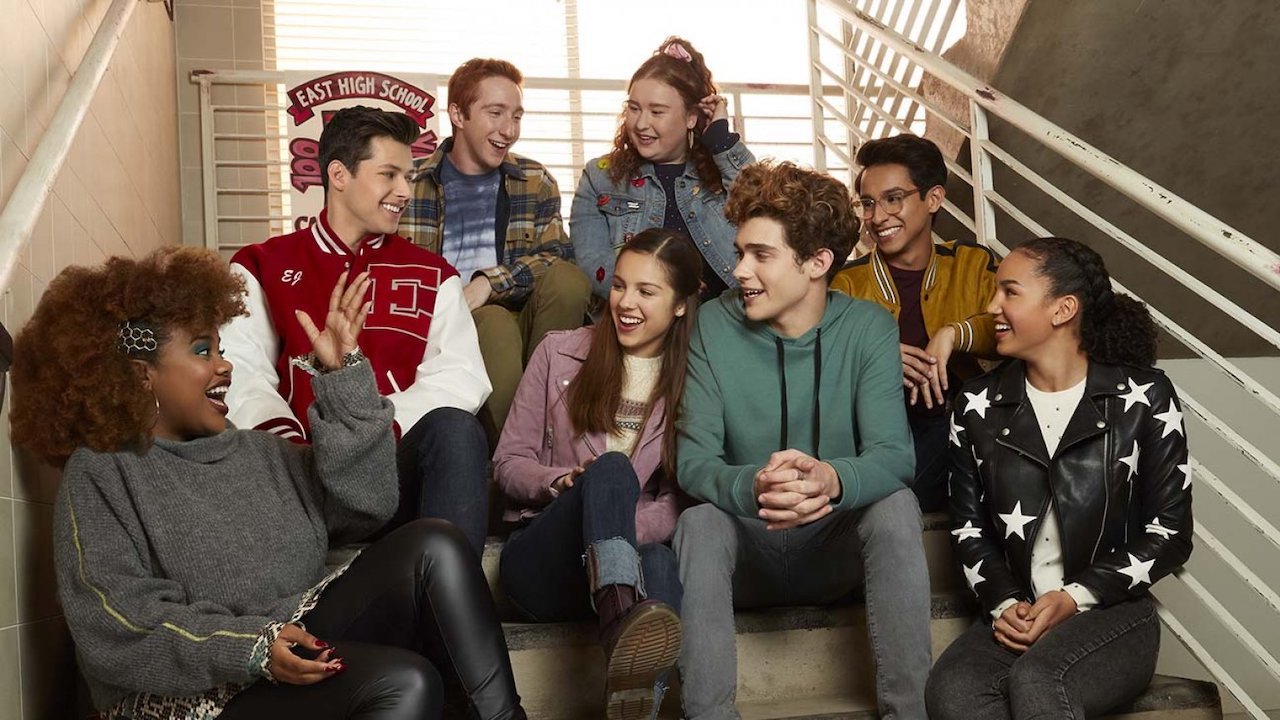 HSMTMTS takes place at East High in Utah. A special attribute of the show’s setting is that it shot at the original setting where all three of the movies were taken.

As a new theater teacher enters on the first day of school, the dynamic of the drama club is completely changed. She is perky and filled with excitement. However, she is frazzled by the fact that the school has never held its very own production of HSM. She set out a goal to hold a show for it. Former theater students return from the summer break ready to begin the new show, while others are joining for the very first time. Over the span of 10 episodes, there are break-ups, make-ups, and as expected, lots of drama. Disney commented, “Show-mances blossom; friendships are tested while new ones are made; rivalries flare; and lives are changed forever as these young people discover the transformative power that only a high school drama club can provide.”

Moreover, it is safe to say that Disney has not put out a truly incredible series in a couple of years. However, HSMTMTS proves this statement wrong. The cast of the series has undeniable talent. Each of them has some sort of musical history, which is completely visible in the series. Ajok Kurr, sophomore, stated, “The songs on the show are amazing and actually written by the actors.”

Fans are loving all of the inclusive characters that are played on the show. The show brilliantly demonstrates LGBT+ relationships. In fact, HSMTMTS is the first ever Disney show to air a kiss between two men. Not to mention, the show breaks all “rules” surrounding gender identity. For example, the male actor, Joe Serafini, plays the very feminine character of Sharpay Evans. Ajok Kurr said, “The show represents everyone from the color of your skin to if your apart of LGBTQ.”High School Musical: The Musical: The Series is truly an inspiring show. It promotes empowerment and determination to young kids. Fortunately, the show isn’t ending anytime soon. In October, the series was renewed for a second season. There isn’t an official release date for the second series yet, but the production of season 2 is set to take place in February.