The Humble Story of Waylon England

Waylon England is a senior at Thunderbird High School and he is a captain on the Varsity Basketball team. He is a straight “A” student who is in all Honors classes. He has gone to Thunderbird for all four years and has thoroughly enjoyed it. Waylon has achieved great things on the court and in the classroom. Waylon has played Varsity Basketball all four years and has excelled in doing so. His freshman year, he didn’t have a huge role as well as in his sophomore year when he broke his elbow. His junior year and senior year have been where he has stood out among other players. He started on the Varsity team his junior and senior year and was a leading force which took the Boys Basketball team to the playoffs this year. Waylon went through a stretch where he was scoring 23, 24, 26, and 28 a night before conference play. Waylon averaged about 18 points per game this year, gaining interest from college coaches. 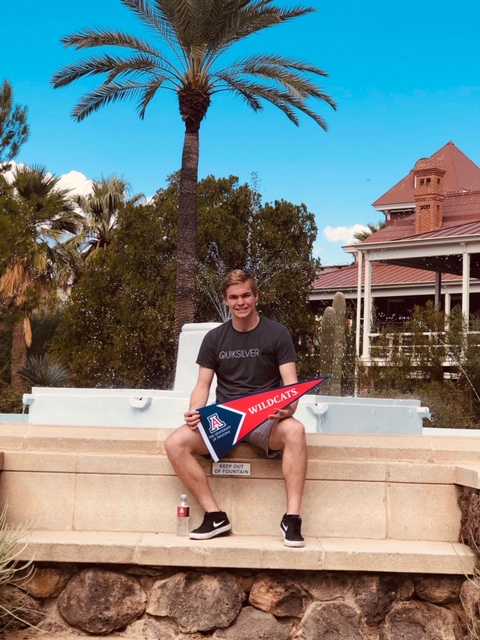 At the end of this season, Waylon chose to go to the University of Arizona to study Sports Medicine. He is going to go to college for eight years and hopes to pursue this career as well. He has maintained his good grades throughout his high school career and is set to place at the top of his class at the end of this year. He is excited to go to college with his friends Landon, Alec, and Thomas. Waylon has been involved with his school for all four years and has put in time to make Thunderbird better.