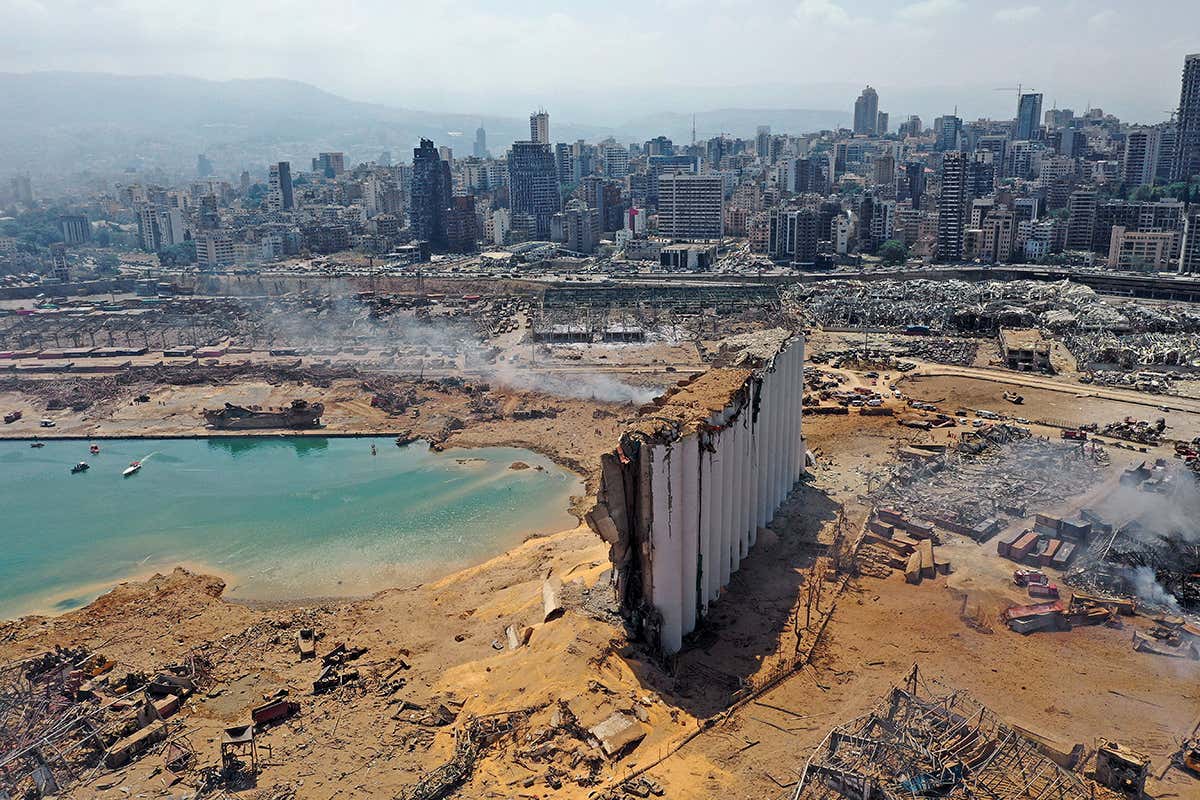 On August 4, 2020, a massive and tragic explosion occurred in Beirut, Lebanon, triggering the country in public anger. This occurred at the Port of Beirut on the north-meditteranean coast. There are many theories as to how this explosion occurred but according to BBC.com, “Lebanon’s Prime Minister, Hassan Diab, blamed the denotation on 2,750 tonnes of ammonium nitrate that he said had been stored unsafely at a warehouse in the port.” Ammonium nitrate is a chemical compound consisting of ammonium and nitric acid. This is a salt used in fertilizers and bomb making. Once it is even a bit sparked, it explodes violently.

This colossal blast killed at least 200 people and left at least 6,000 injured. The head of the Lebanese Red Cross, George Kettani, stated, “What we are witnessing is a huge catastrophe… There are victims and casualties everywhere.” Marwan Abboud, Beirut’s Governor, claims that there are “as many as 300,000 people who had been made temporarily homeless… collective losses might reach £8 to £11 billion, (10 to 15 billion American dollars).

The immense explosion caused the whole dockside to become destroyed. It even created a 460 feet wide crater, which all flooded with water. With that being said, a supersonic blastwave was sent, radiating throughout the entire city, and was “also heard as far away as Cyprus, about 200 kilometers across the Mediterranean Sea… seismologists at the United States Geological Survey said it was the equivalent of a 3.3-magnitude earthquake,” according to BBC.com.

On behalf of the citizens of Beirut, they feel “country-less and homeless,” says Ramzi Tabiat. Also written on the Washington Post website, Danny Hajjar feels that “Warlords and politicians — and their families — who have held power basically since the Lebanese Civil War have brought the country to this moment. Their sheer unwillingness to not only take responsibility but also to take action to safeguard its citizens is appalling. Considering the government’s plea to expats to come to Lebanon and invest in Lebanese tourism and businesses, it’s a slap in the face to citizens who are still living in the country… The unemployment rate is already about 25 percent and about a third of the country lives in poverty. And that doesn’t even include the millions of Syrian and Palestinian refugees who already face harsh and prejudice policies, or the ‘kafala’ (sponsorship) system that has subjected migrant domestic workers from countries such as Ethiopia into what is essentially a form of modern-day slavery.” delete links that are attached to unemployment rate, policies, and kafala.

Even though the citizens of Lebanon are devastated, they still all came together as a community to help one another and clean up their city. NYpost.com explained, “a newlywed couple is living in one of Safy Faqeeh’s apartments for free… Their apartment in Beirut was wrecked when last week’s massive explosion wreaked destruction across the capital… Faqeeh is one of hundreds of Lebanese who have opened their homes to survivors of the Aug. 4 blast.” If a community doesn’t come together as one, no progress becomes made.