BLM and The War on Racism 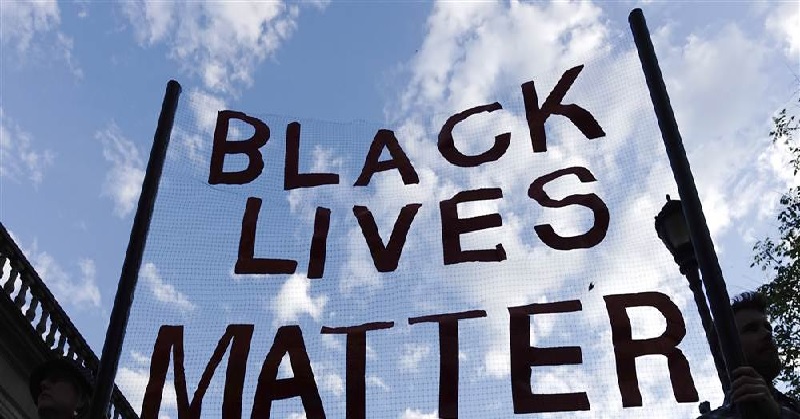 March 3, 1991. Rodney King, an African American man, who was on parole for robbery and was driving under the influence, led cops on a high-speed chase around Los Angeles. When the cops finally stopped him, King stepped out of his car, just as the cops requested. The four cops then began to brutally kick and beat King with their batons 50 times, for 15 minutes straight. According to nor.org, the video showcased “that more than a dozen cops stood by, watching and commenting on the beating.” Rodney King was left with brain damage, several fractures, and broken bones. After the terrifying footage of this incident was released, Los Angeles, as well as America, woke up to police brutality. This was an extremely momentous mark in history, and people realized the severe issue of what police can do with too much power and a biased mindset. Fast forward to around 29 years later, shortly after Covid-19 broke out, the BLM (Black Lives Matter) movement resurfaced primarily due to the wrongful deaths of Ahmaud Arbery, George Floyd, Breonna Taylor, Elijah McClain, countless others, and most recently, Jacob Blake, all at the hands of the American police force. Many of us became outraged and angered at their unjustified deaths, which sparked the flame of reform for primarily the Criminal Justice System which is ultimately in charge of holding police officers accountable for their actions, as well as the United States policing system.  This need for reform has been strongly executed through protests, both peaceful and violent in 2,000 cities and towns in all 50 states. Just a couple weeks ago, every time we turned on the news, more and more information regarding the protests prevailed. We have seen progression and justice has begun to be served for many victims of police brutality, but there is still much more progress to be made.

So, what exactly is police brutality? According to amnesty.org, “‘police brutality’ is sometimes used to refer to various human rights violations by police. This might include beatings, racial abuse, unlawful killings, torture, or indiscriminate use of riot control agents at protests.” In other words, police brutality is essentially unjustly manhandling and murdering civilians. This issue has been going on since the creation of the first American police department in Boston, Massachusetts in 1838. An article published by smithsonianmag.com says, “The communities most targeted by harsh tactics were recent European immigrants. But, as African-Americans fled the horrors of the Jim Crow south, they too became the victims of brutal and punitive policing in the northern cities where they sought refuge.” We are in the year 2020, and it is extremely enraging and disheartening that our country still has not been able to end police violence. Police brutality is experienced by every race, but is unproportionally targeted at Black Americans. A bar graph on mappingpoliceviolence.org illustrated that Black people are 3 times more likely to be killed by police than White people and are 1.3 times more likely to be unarmed compared to White people. According to nature.com, Mark Hoekstra, an economist at Texas A&M University in College Station, found that, “…white officers dispatched to Black neighbourhoods fired their guns five times as often as Black officers dispatched for similar calls to the same neighbourhoods.”

When a person decides to sign up to become a policeman, they are taking the oath, “On my honor, I will never betray my badge, my integrity, my character or the public trust. I will always have the courage to hold myself and others accountable for our actions. I will always uphold the Constitution, my community, and the agency I serve,” according to work.chron.com. Essentially, cops vow to risk their lives and protect their communities everyday. Clearly, that is not the case with every cop. Some people who commit to becoming a police officer sign up for the wrong, racist, and immoral reasons. They are fascinated by the idea of being able to enforce the law. They feel powerful and indestructible driving around neighborhoods with their military-grade weapons. They know that no matter what situation they face, qualified immunity will protect them from getting sued by the victim. Just as a fair warning, understanding qualified immunity can be difficult because it is hard to make sense of something, that does not make sense. According to harvardlawreview.com, “Under the doctrine of qualified immunity, government officials are protected from damages liability in suits brought under 42 U.S.C & 1983, so long as their conduct did not violate clearly established right of which a reasonable official would have known.” To break it down, qualified immunity essentially guarantees that police and state officials will always be protected under the law and cannot be sued, even if they violated one’s constitutional rights, such as wrongfully murdering a civilian. It is not enough for a victim to show that their rights were violated, they must also show that the defendant violated “clearly established law.” What is “clearly established law?” That is a question that has created lots of confusion and controversy surrounding the topic of qualified immunity. For a defendant to violate “clearly established law”, a victim must “point to a previously decided case that involves the same ‘specific context’ and ‘particular conduct.’ Unless the victim can point to a judicial decision that happened to involve the same context and conduct, the officer will be shielded from liability,” according to harvardlawreview.com.  In many cases when qualified immunity is granted to a government official like a law enforcement officer, the Supreme Court basically says to the victim, “Yes, your rights were violated,  but we can’t find a case where anyone’s rights were violated in quite the same way. So, you lose.” Qualified immunity places policemen and state officials above the law, allowing them to essentially get away with murder.

One severe outcome of how endangering police cruelty is for Black Americans is the terror and anxiety that they are faced with when encountering the law enforcement officers. An anonymous student states, “At a young age my parents taught me to fear the police. We often go over what to do if I were to get pulled over. All it takes is a bad police officer ‘misreading’ a move I make and I become a victim of police brutality.” If you are a White American, imagine having to be told at a young age to act “unsuspicious” and “extra kind” around the people who are supposed to protect you from violence. Here are some words exchanged from Alex Toussaint, a Black American Peloton Instructor, to his mother, “I look back at my recent text messages with my mom and it is nothing but just confirmation that I’m alive, ‘Alex are you good? Are you okay? Call me.’ My mom is at the point now where if she doesn’t hear from me for a couple of hours she goes to my social media to check my story and says to me, ‘Alex, as long as I see your Instagram story I know that you’re breathing.’ It should not be like that.” Let that sink in. No human being should ever have to worry about being treated differently and wrongly because of their skin color. But, this is America. Racism and white supremacy flows through the air. African slaves blood, sweat, and tears are literally embedded into our soil. Our country has come a long way in its war against racism, but the fight is not over.

Hopefully by now you are asking yourself, “How can I truly help to end the cruel treatment of the police towards Black people?” If you are asking yourself that question, good. The only way to end excessive police abuse towards POC is if we ALL work together. According to TikTok star, @bezznees, or, Richi, “People of privilege just need to speak up against it. Being silent is just as guilty. If you truly love People of Color, you can’t be silent when this happens. At the same time, the Black communities and other minority communities need to respond not out of fear or hatred. Fighting fire with fire isn’t going to solve the issue.” With that said, here are some common and impactful things to incorporate into your daily lives that can help end the racism war. 1) Call and interact with state legislators and attorneys to demand justice for victims like Breonna Taylor. None of the officers involved in her death have been arrested. It has been several months now. Here you can sign her petition and make calls to the officials involved in her case: https://www.standwithbre.com/ 2) Support BLM and stay updated and involved with the movement by attending local protests and/ or reposting BLM posts on social media to help spread awareness. Here is the BLM website: https://blacklivesmatter.com/  3) Vote! Voting is so crucial in today’s age. Electing wise officials who are willing to put in change and reform this country’s unequal policies is ultimately how this country will improve. 4) Educate yourself and others. Becoming more aware of racist and wrong things can lead to change. For example, recently, Band-Aid has finally begun to sell diverse skin colored band-aids instead of only beige colored and cartoon ones for the first time in 50 years. It is one thing to be not racist and another to be actively anti-racist. In her book, Untamed, Glennon Doyle states, “In America, there are not two kinds of people, racists and nonracists. There are three kinds of people: those poisoned by racism and actively choosing to spread it; those poisoned by racism and actively trying to detox; and those poisoned by racism who deny its existence inside them.” If we want to make this country a fair and beautifully-diverse place for all, we all have to be actively anti-racist and learn to acknowledge and fight the racist stereotypes and policies we are surrounded by in America. With this, do not be afraid to confront your racist uncle about why our country needs a lot of reform. Again, for real change to occur, you have to be willing to converse in difficult conversations about race with your loved ones and others.

It is up to US to help end the war against racism once and for all. Martin Luther King Jr., James Baldwin, Rosa Parks, Harriet Tubman, Frederick Douglass, and many others envisioned a country with “Liberty and Justice for All.” So, let’s make it happen. Starting now.