How to Become Anti-Racist with the Help of STAMPED 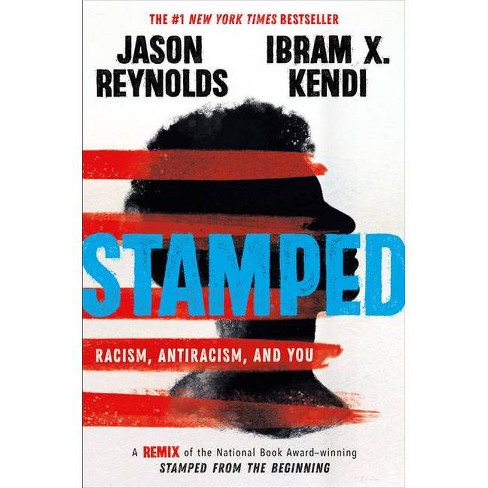 With everything going on in our country regarding the BLM (Black Lives Matter) movement, you may have asked yourself the question, “Have I been doing enough as an ally to the BLM movement and the fight for racial justice? Is reposting black squares and racial awareness threads on Instagram enough?” Well, the answer is no. It is not enough. If we as a country hope to see these following things: the number of Black individuals shot by the police decrease, actual justice served for victims of racism, and overall equality for everyone from here on out, we must learn how to become actively anti-racist, with the help of the #1 New York Times bestseller and eye-opening book, STAMPED.

STAMPED is a remix of the national award-winning book, Stamped from the Beginning. It provides eye-opening insight on the origin of racism, how it got to America, and how we can all work together to make this country an anti-racist place for all. Authors Ibram X. Kendi and Jason Reynolds make it clear to readers that STAMPED is not an ordinary history book that you would read in class but is instead a powerful, engaging, and truly interesting book that you will not want to put down. Together, authors Kendi and Reynolds made America’s crazy and racist past and present comprehendible for all ages.

Several readers can argue that STAMPED was released at the perfect time for our nation. It was released on March 10, 2020, right towards the beginning of the outbreak of civil unrest between the people of the United States, our country’s law enforcement officers, and systematic racism. Now more than ever it is vital to become actively anti-racist in order to restore equality and peace in America. Author Ibram X. Kendi states, “An anti-racist America can only be guaranteed if principled anti-racists are in power, and anti-racist policies become the law of the land.” It is up to this generation to fix America, hence why Reynolds and Kendi aimed STAMPED towards young readers. Author Jason Reynolds states, “History books are written with the idea of a student in mind, but not the idea of an actual young person themselves, so this book sets out to do just that.” Reynolds also says STAMPED is filled with “the things that I needed someone to say to me when I was 15 years old.” Now more than ever, it is crucial that America’s young generation become educated about the origin of racist ideas and how they are applied into everyday life. Unfortunately, American schools have only shared extremely little information about our country’s racist past, and some of that information was never entirely true. Npr.org interviewed a 10th grader, Emani James, about what he knew about America’s racist history before reading STAMPED. His answer was, “I go back to Martin Luther King and Rosa Parks and Malcolm X, we don’t ever learn about what happened before then. Who knew about the first person who was ever racist? Like, I didn’t learn about that. And I wouldn’t even think it was in the 1400s! With history, people like to cut off certain parts that they don’t want to tell us.  They’re not going to tell us the deep, deep stuff. You know, they’re just gonna tell us the deep stuff.” With this book, you can learn about the “deep, deep stuff,” as Emani says, in a relatable and involving way. For example, Reynolds and Kendi explained the three racial positions: the segregationists as ultimate haters, assimilationists as fake friends, and anti-racists as ‘ride-or-dies.’ They are clearly very clever in the sense that they used modern teenage vocabulary to describe three ancient race stances.

All in all, if you are looking to learn to become actively anti-racist and/or just looking for an overall amazing, educational, moving book about racism in the United States, STAMPED is the book for you.