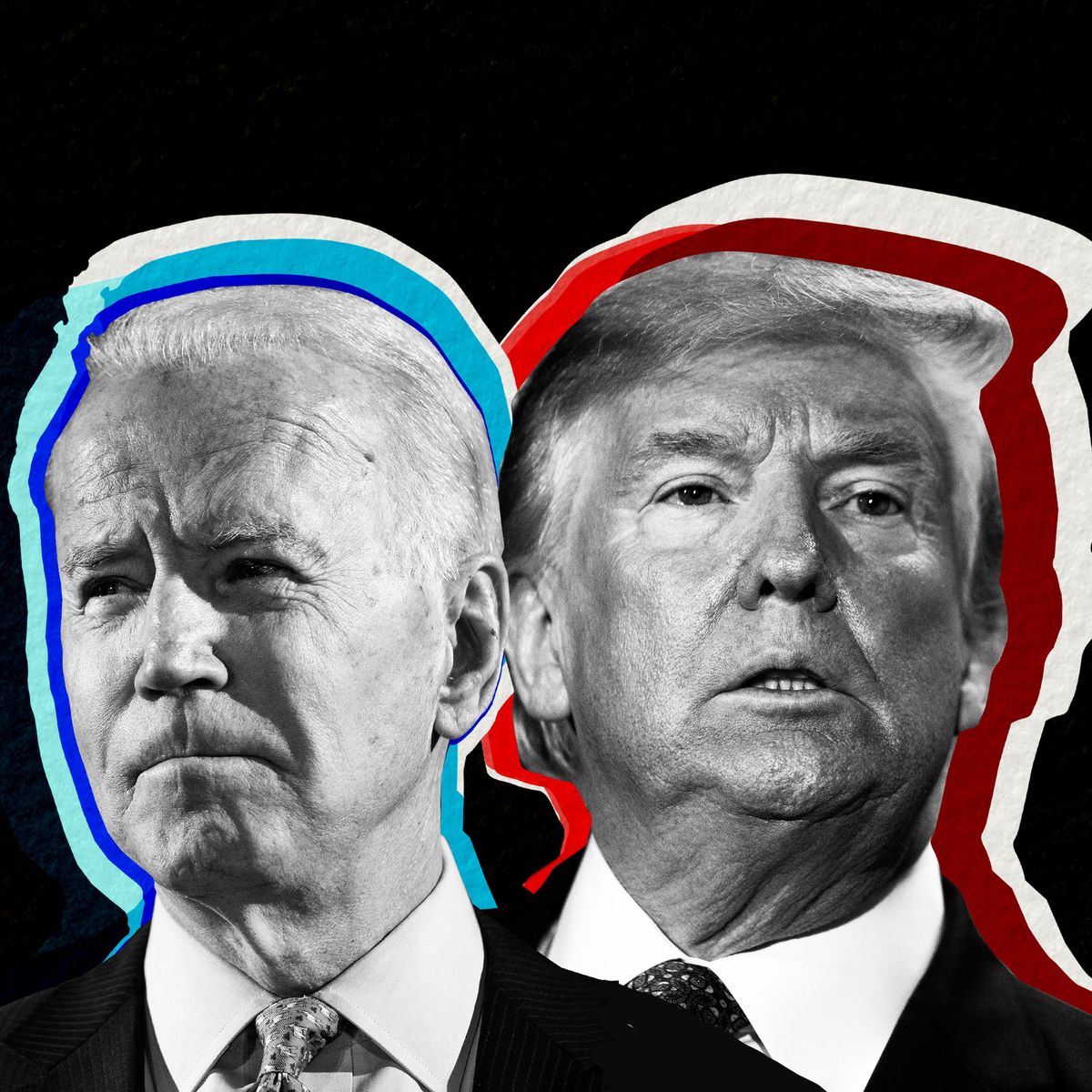 When we look at the state of the country today, we see the divisiveness, this pandemic, and the economy. We are looking at President Trump’s policies in action. Is this the best for America?

When you take a look around the world, are we at peace with each other? It seems as though everywhere you look someone is pointing fingers at somebody else when it comes to the problems in America. We as a country have to stop pointing fingers at each other and focus on the brightness in life. As a nation, we have survived a variety of heinous attacks and we are still standing strong. We’re supposed to be known as one of the best countries in the world to live in, and it should remain that way.

When Barack Obama decided to run for president back in 2008, he decided that his running mate would be Joe Biden who was extremely experienced and would help Obama tremendously in office. Together, those two accomplished quite a bit in their eight years together in office. In 2011, they passed the act supporting federal recognition of same-sex marriages. Before that, people of the same sex were not permitted to get married under the federal law. They brought peace to everybody as they also eased tensions with Cuba. Now, Americans can go visit Cuba with no worries. Obama and Biden had similar policies. For instance, they wanted a strong, affordable healthcare system for all humans. They wanted freedom for all types of people no matter their skin color. This ties right into what Biden is running for in this year’s 2020 election.

Joe Biden supports a large amount of policies. To illustrate, he would like there to be a $15 dollar minimum wage for all workers in the United States. The current federal minimum wage in the United States is $7.25 an hour. Also, he supports paid sick leave for those with jobs. He supports kids getting a good education and being able to go to college for at least two years free. He would love to boost teacher pay because what they get right now is barely enough to feed a family regularly. Biden would like to use more solar energy and less oil-related machines. He cares about the environment and believes strongly that climate change is a real threat to our environment. On marijuana, Biden believes it can be beneficial for those in pain so he would like to leave the door open to states on deciding if it should be legalized. Not to mention, “Joe Biden believes that we should have more products made in the U.S.A. so that way we don’t have to rely as much on other countries,” says Politico.com. Biden’s healthcare plan is that he wants to save Obamacare but it may be too late. So the question is, would he be able to come up with his own effective plan?

On the other hand, President Trump believes in protecting gun laws through the second amendment. Trump believes that every citizen should have the right to own any gun they so choose. He would like to make America energy dependent by creating clean air and water. Trump wants to increase cooperation between the U.S. and Russia. He wants to work with Congress to repeal the defense sequester and submit a brand new budget to rebuild our military. He would like to reform the entire regulatory code. Like Biden, Trump would like to let states choose whether or not to legalize marijuana. He would like to decrease the size of our government. He strongly supports a wall to keep all illegal immigrants out of the United States. Trump is passionately against abortion as well. In addition, Trump would like to place a 45% tariff on China for their exports.

As you see Trump and Biden only have a couple of things that they agree on. At this time, we find ourselves with a new movement going around known as Black Lives Matter, which in short advocates for the Black individuals all around our country who are oppressed in America in many ways. This movement is occurring in Trump’s America with his policies. What has he done for these people that feel neglected? He hasn’t supported them and has claimed that they are radical leftists who are just rioting and destroying our flag when in reality, many of them are just seeking racial justice. On the other hand, Biden is well respected among the Black community because Biden has been known in the past for working with different races and helping everyone just the same and actually listening to what they have to say. According to the Washington Post, “92 percent of black registered voters support Biden over President Donald Trump.” Biden believes that equality for all is extremely important, whereas Trump’s policies have only benefited a certain portion of the population. For example, the permanent tax cuts that he put into place favor corporations over anyone else. His policies of only supporting corporations and himself have left the middle class behind. This is an example of him only supporting businesses and not the majority of Americans.

Furthermore, California is going through troubles right now with all of the forest fires and Trump has said publicly that because California didn’t vote for him, he would not help them with any government aid. According to Politico.com, “President Donald Trump on Thursday blamed California for its raging wildfires and threatened to withhold federal money, reprising his attacks from previous rounds of catastrophic blazes.” President Trump also stated in regards to California, “Maybe we’re just going to have to make them pay for it because they don’t listen to us,” according to Politico.com. When you are the president of the United States, you have to support your citizens no matter what political party they associate themselves in or what they look like. Trump also tweets out harsh statements sometimes as well, such as, “There will never be an ‘Autonomous Zone’ in Washington, DC., as long as I’m your President. If they try they will be met with serious force.” When you are a world leader, you can’t just say anything that pops into your head. This is important because it is showing how Trump is highly against equality and he even threatened the Black protesters with this tweet about using force against both peaceful and violent protestors which is illegal. On the other hand, Biden was always fond of the way Obama presented himself because Obama appeared to be a loving and caring person who cared about the people and the children of this country. We should believe that his VP will follow in his footsteps and do the same.

The biggest thing of 2020 so far has been this pandemic happening known as Covid-19. Back in January, it was reported that Coronavirus was a virus in a Chinese lab that had gotten out but for that time, it was only in China. Then people decided to start traveling home from China back to the U.S. because they were worried that it would get them sick. President Donald Trump was made aware of this virus but shrugged it off like no big deal despite doctors telling him to be prepared to shut the country down right away just in case. According to the Washington Post, Trump stated on Feb. 26, “This is a flu. This is like a flu.” When in reality, this virus has had and is continuing to have a much worse impact on our world than the influenza virus. And on March 14, 2020, he said, “You know, we have the flu in our country that kills, on average, 36,000 people a year — 36,000 people. And, you know, that’s something that we’re not talking about. But as of this moment, we’ve lost 50 from the coronavirus.” He didn’t listen to them and continued to downplay the virus, and everything remained open in the U.S. Eventually, the cases of this virus started to rise in the U.S. and it became a big pandemic. He has faced quite a lot of backlash because he did not shut the country down sooner and because of it, now around 201,000 people in the U.S. have died and there are nearly 7 million cases of Coronavirus. Instead, he left it up to the governors to decide if to shut down or not. Some states chose not to and it became horrible in states such as California, Arizona, and Florida. This was not a good look for Trump; himself having so many people die under his watch. Biden has already publicly said in his running campaign that if he gets elected, he will listen to scientists and pandemic specialists by enforcing mask-wearing and declaring a nationwide shutdown to ensure that this virus gets under control.

Some issues with Biden, however, is that that he has been accused along with Trump of several sexual allegations. According to Business Insider, “In March 2020, former Senate aide Tara Reade alleged that Biden sexually assaulted her while she worked for his office in 1993.” According to Business Inside, “At least 26 women have accused President Donald Trump of sexual misconduct since the 1970s.” To compare both Trump and Biden’s allegations, Kiera Marie, an unbiased political science major at Kutztown University of Pennsylvania, states, “Trump has had 42 allegations, 26 sexual allegations, and 7 sexual allegations against kids. Biden has had 8 allegations, 1 sexual allegation, and 0 allegations against kids.” Another negative aspect of Biden and his campaign is they focus a little too much on the last ten years when he was with Obama in office as his Vice President. Biden does struggle to speak, as he stutters a bit, which may affect him as president as it takes him a little longer to process some thoughts. This however was a bigger problem when he was a kid and he has worked on his speech significantly over the years. Biden has been accused of sniffing kids as well. However, the photo that sparked this outrage was of his granddaughter, so who knows if he really does or if the photo was just over-exaggerated. Biden may be a bit too old to run for President and his better days might just be behind him. Biden has a healthcare plan that he wants to save Obamacare but it may be too late to save that plan, meaning he will have to come up with his own. As one can see, a plethora of questions could come with a Biden Presidency.

So when you vote in November, vote for the candidate that’s going to really take us far into the future and make sure Americans are as healthy and safe as possible. Also, make sure you do your own research from valid sources on how each candidate’s past has been and who is more likely to be successful. It is very important that everyone who is of the voting age, 18, votes, so what are you waiting for? Go out and vote!